This year, if my counting is correct, Porch de Salomon has built 9 houses for families in the Lake Atitlan region.  We finished out the year by finishing the last two recently.  We often reference a local restaurant owner in town who talks about how teams bring a seed of hope to families in the area.  I believe it is true after seeing the transformation of families during a house build.

Maria and Santos have really begun to blossom since receiving the seed of hope in their life.  Santos had recently received Christ as his savior before being chosen to be a Porch house recipient.  His testimony is one of alcoholic turned sober father and construction worker on his own home.  They were so excited at the house dedication and it showed. 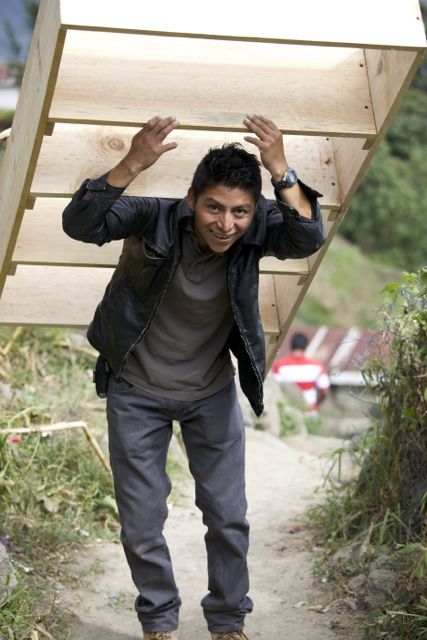 We first carried the furniture up the big hill to their house.  The kids were so excited and of course they lended a hand. Nick is our assistant humanitarian aid director.  We call him “skinny but strong” the dude can lift anything on his back so this shelf was no problem.

The new house was all decked out for the celebration with pine branches and flowers giving it a nice touch. 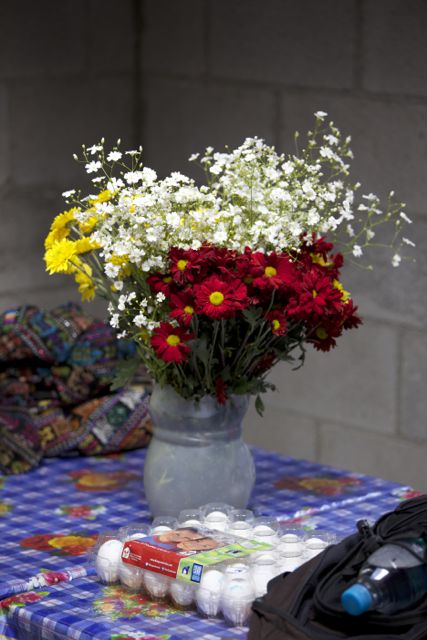 There were lots of ladies there making tortillas for the big meal we were about to have.  It’s always humbling to partake in a meal that you know costs them so much. 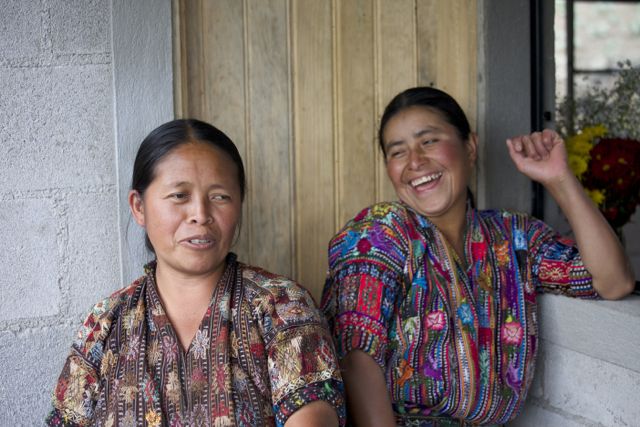 Tortilla making is a fine art.  It looks so easy but trust me I have tried it is definitely not.

One neat thing the Porch does at every dedication is give the family a picture of the teams who have helped with building the house.  In every house I visit the picture is always placed in a very prominent place and you can tell it holds special signifigance for the family. 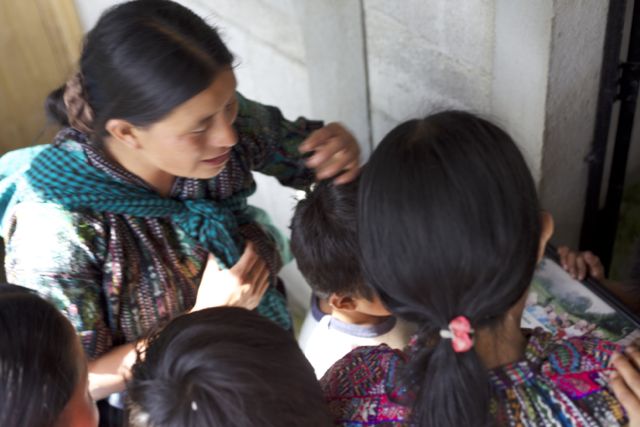 This is not a great picture of it but the family is looking at the photo of the teams and discussing the memories of team members. 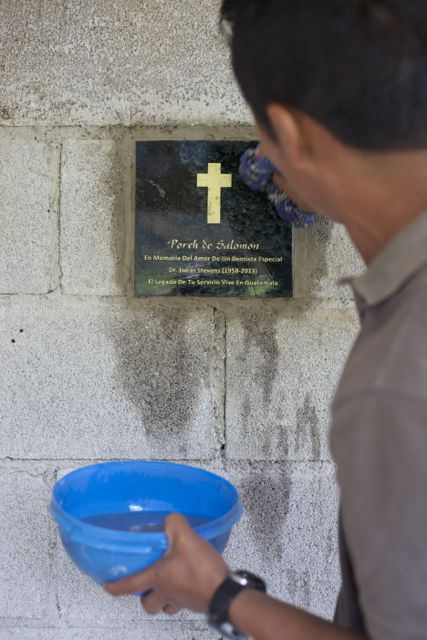 One special story about this house is that it was donated by a dentist named Lucas Stevens who recently passed away unexpectedly. The plaque leaves a memorial to his name but even more significant the family had a baby while the house was being constructed and they name him Lucas Salomon! So what a beautiful living honor to doctor Lucas and to Porch de Salomon. 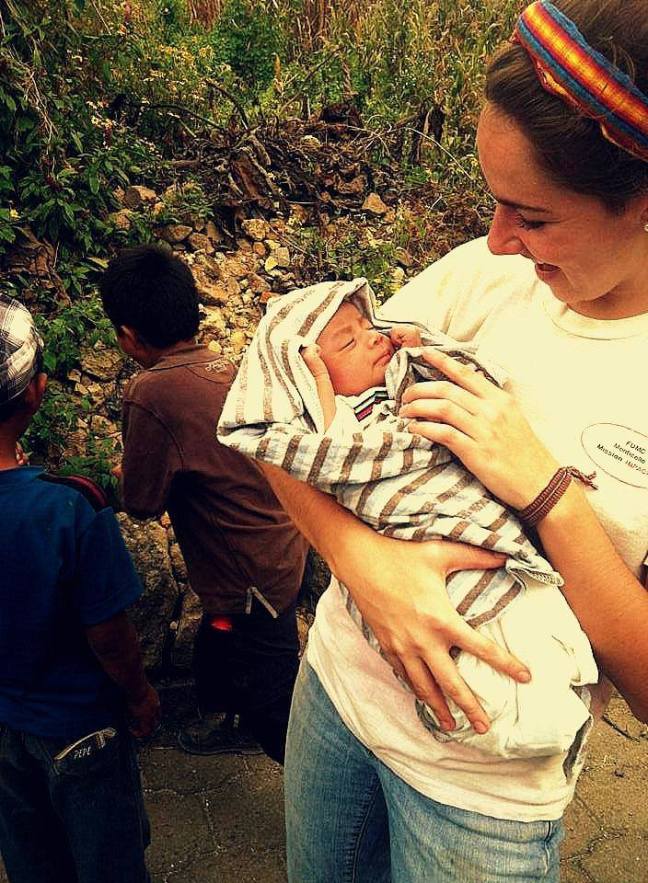 This is Lucas Salomon from earlier in November with Caroline from Monticello church. 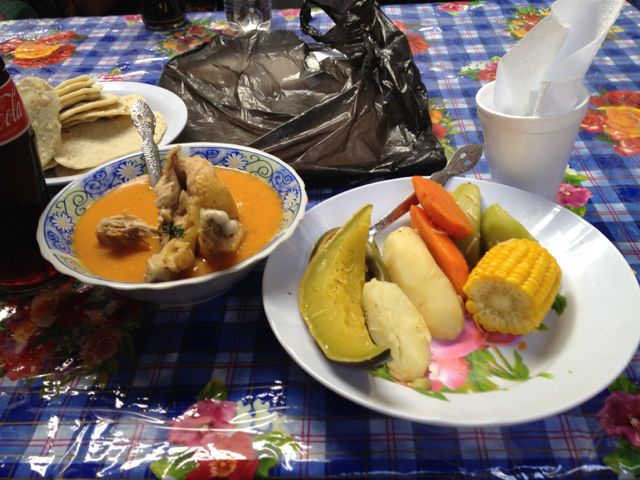 This is the spread we had for the meal.  This family went all out in making sure we were well fed. 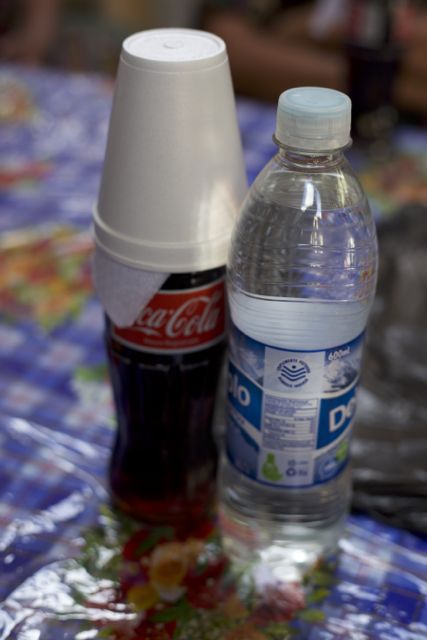 They even gave us a water and a coke.  Like I said very humbling.  On the way home from this house we had to take a long route home because of a protest going on.  This is typical for a protest here.  Blocking a major roadway to get some attention. We weren’t sure what they were protesting.

The last house of the year was Marta Can and her families house.  This one is a tight squeeze and the only place to go was up.  We built them triple bunk beds on both sides of the room since the space was so small.  There has been a lot of strife and hurt in this family and we are starting to see progress in mending broken relationships. 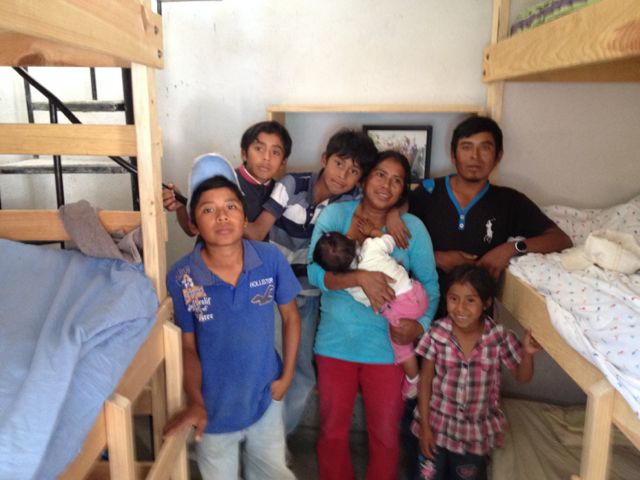 Rachel is a cousin and lives right next door to Marta.  We built a house for her family too and Marta and her family have been living with them until their house was completed.  It’s a complicated situation and hard to explain in this blog post but trust me they need prayer for healing.

Here is the second story where the bathroom with a shower (they were taking baths in the lake) is with a kitchen. 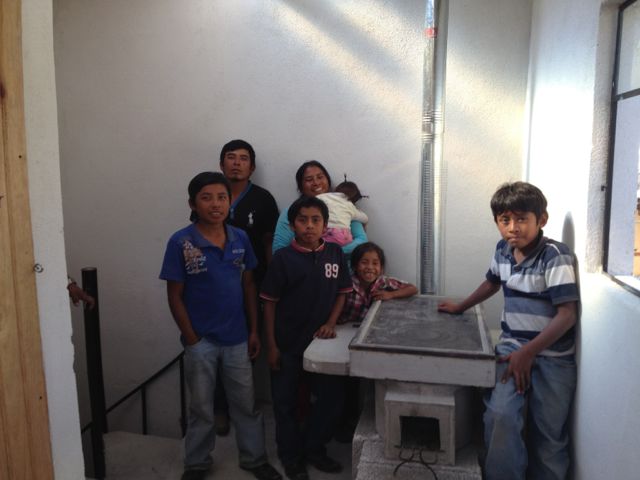 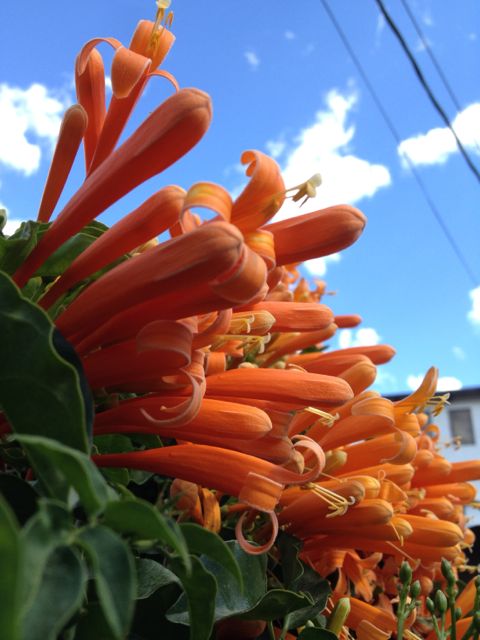 It has been a wonderful year of planting seeds of hope (houses) for 9 families.  We continue to pray for the families that their lives like these flowers would blossom because of it.

One thought on “Seeds of hope”